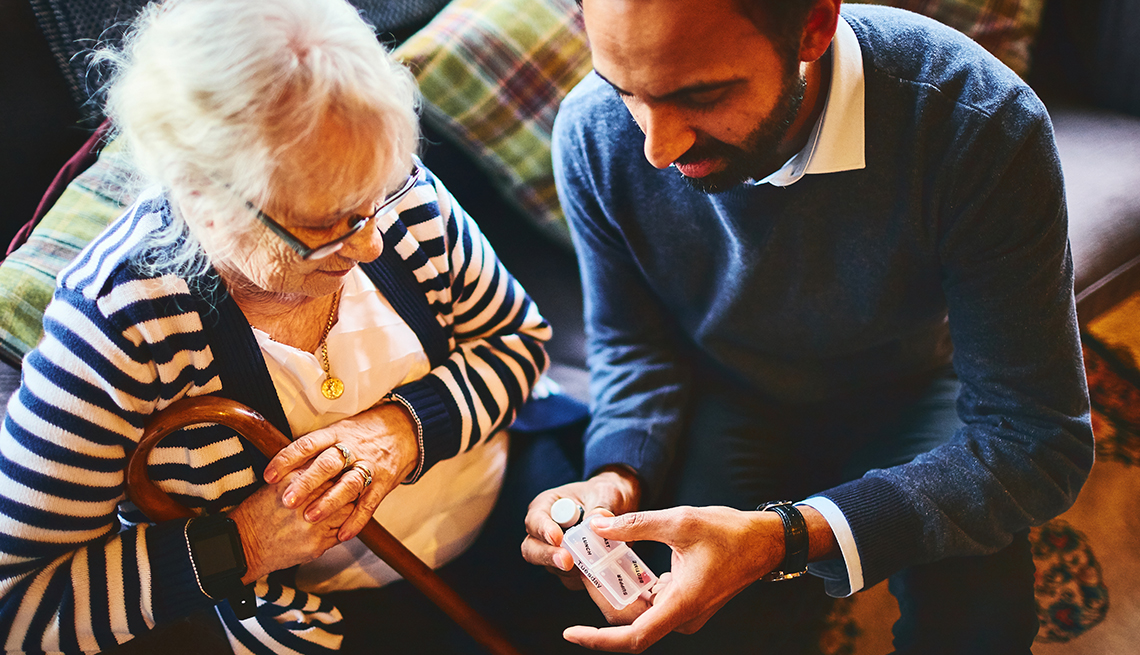 You can be paid for your work and treated fairly

Does money change everything, as the old saying goes? If Alicia had won the lottery, then she might understand why her siblings were now treating her a little differently. But all she’d done was become certified as a home health aide so she could receive a modest hourly wage from her county for dressing, grooming and feeding her Parkinson’s disease-stricken mom. Nowadays, however, her sisters seemed less interested in pitching in with caregiving tasks since family caregiving had officially become her “job.” Even her mother seemed to be asking more of her, as if she were now the hired help and not her youngest daughter.

More states are allowing care recipients to hire and pay family members as their home health aides under what is sometimes called consumer-directed care. These are popular programs for obvious reasons: Family members — some of whom had to quit or cut back on work to take care of a loved one — are now being paid at least a little money for all the care they provide. No one is getting rich, but at least they are better able to cover some bills. More importantly, receiving an hourly wage gives them a feeling of being publicly acknowledged and valued rather than (as is too often the case) feeling invisible and underappreciated.

In my clinical practice, I’ve also worked with many families in which a parent’s decision to leave a house or the bulk of an inheritance to the primary caregiver roils family dynamics like nothing else. The caregiver who will receive money becomes immediately suspected by others of playing the Altruistic Child to cash in. Anger and conflict frequently result.

How can family caregivers earn some compensation for their devoted efforts but not be regarded as mercenaries by other family members? Here are some ideas:

Demonstrate transparency: Many of us are inclined to keep our financial affairs private, even when among family members. But because caregiving is inherently a family enterprise, it is vital that we are aboveboard about monetary transactions, especially if we are profiting in some way from a parent’s need for assistance. Let other family members know about the opportunity to earn an hourly wage for providing hands-on care. Tell them exactly what you’ll make. Communicate plainly that this money is going to offset costs incurred by caregiving activities — e.g., expenses for medication copays, lost salary, the price of fuel for driving to the doctor.

Keep in mind what others think is fair: It may seem fair to you to receive money for the many sacrifices you are making on behalf of someone you love. (I agree with you.) But there are other family members who may believe they are also making sacrifices — though, admittedly, not as many as you are — and deserve to be compensated to some degree as well. For them, it may seem patently unfair that you get glory and money and they get neither. Don’t begrudge or disagree with their feelings. Empathize with them instead and tell them that you greatly value their participation in caregiving. You don’t have to fork over some of your newly earned cash to prove that. Just express your appreciation that the two of you are part of a cohesive caregiving team whose sole mission is to help Mom.

Preserve your parent-child relationship: Care recipients can become increasingly demanding over time even when money is not involved. But when a family member has been hired for a caregiving job, there is a greater tendency for the care recipient to treat even close relatives with impatience and barked orders. Even when you’re on duty, though, you’re not just an employee. Complete the necessary tasks but let your parent know that you’re there for love, not money, and that you expect that your personal rapport with one another is not going to be suddenly altered by changed economics.

Weigh the money’s worth: For some families, receiving a caregiving salary will be an unmitigated boon about which everyone is thrilled. For others, there will be no end to the resentment, jealousy and sniping. Judge for yourself whether working as a loved one’s home health aide is worth it. If it isn’t, then don’t be resentful in kind. Instead, be consoled that peace in the family may ultimately be of greater value than any amount of money in the pocket.

Check Your Mail: Changes to the 2018 Medicare Open Enrollment Period Mailings
I Have Alzheimer's Disease - Just Diagnosed
The 75-Year Study That Found The Secrets To A Fulfilling Life
“Mini-Strokes” Can Have Mega Health Effects
Skin Care Tips for Seniors
Forming Your “Circle of Help”
Satisfy a Senior’s Sweet Tooth in a Healthy Way
6 Ways to Get Vision Coverage When You Retire