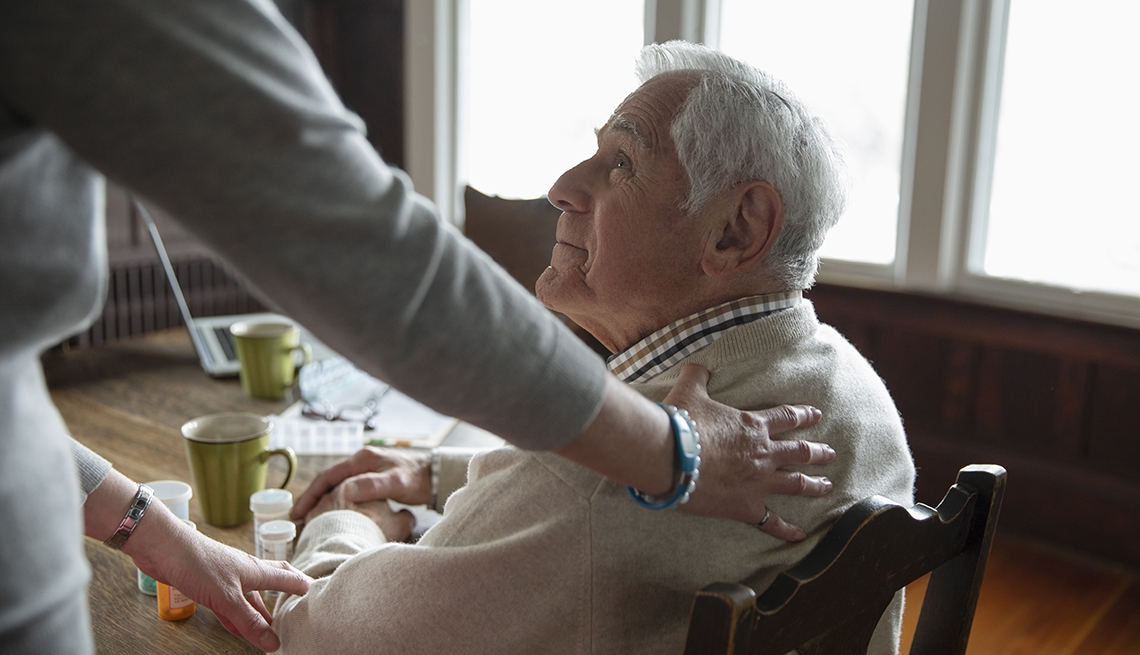 During my caregiving years, my mother and I had many tense moments about rousing her from bed to get ready for medical appointments. I’d pop into her bedroom and wake her, then remind her a few minutes later that she really needed to get up, then cajole her, plead with her, and ultimately use my sternest, I-mean-business tone. I thought I was helping motivate her in those instances. She’d say she felt like I was bullying her.

I never liked being called a bully and denied it was so. After all, we were always in a rush. If I pressured her, I reasoned, then it was for her own good. But in retrospect now, 20 months after her death, I wonder if I was in the right. What really mattered to her during those times? Was she clinging to the comfort of her pillow because she was still tired or even depressed? Was it more important for her to have control over her own life and sleep in than submit to another routine exam with a doctor who couldn’t help her much anyway? Instead, I overruled her and expected her to “obey” me.

I don’t think I’m the only family caregiver to transgress the blurry line between supportive guidance and arm-twisting. Sometimes when tired or frustrated or impatient — or when there really is a situation of dire urgency — many caregivers are prone to pressure care receivers too hard to conform to schedules and regimens. We rationalize the approach we’ve taken on the basis of practicality and expedience. But many of us second-guess ourselves later about whether it was necessary.

Certain things do have to get done. Otherwise, family caregivers might feel that they are guilty of irresponsibility and neglect. But how can we manage to be coaches, not bosses, and effective motivators, not feared bullies? Here are some ideas.

Rarely put tasks over the relationship: There are few caregiving tasks so crucial that they warrant trampling a care receiver’s feelings in the process of accomplishing them. Rather, there are what I think of as front- and back-burner issues. On the front burner are mostly issues having to do with safety, such as taking medications appropriately or driving capably, for which the caregiver should be firm and persuasive. However, most other issues are on the back burner of importance and need for action. For these items, caregivers should allow care receivers to exercise as much choice as possible and shift plans accordingly. That means being more flexible and accommodating, as well as respectful. In retrospect I could have scheduled my mother’s doctor’s appointments later in the day, even if it was less convenient for me, or canceled them altogether.

Develop a range of approaches and strategies: Great coaches are attuned to the moods of their players and apply the right touches at the right time to encourage maximum effort and performance. Great caregivers, too, can sense what care receivers are feeling at a given moment and tailor their requests — for instance, appealing to reason, resorting to silly humor or changing the subject entirely — to the approach that will motivate.  In general, I found that a gentler style was more apt to work with my mother, but there were also times that she wouldn’t agree with me at all. That’s when I would turn to my wife, who, with a smile and an even softer tone, could somehow win my mother’s cooperation making the same request she’d already rejected from me.

Solicit and heed feedback: We can sometimes get so wrapped up in the hectic pace of caregiving life that we lose a sense of how we are coming across to others. But we can listen to feedback from family members about how we are conducting ourselves. Take a moment to say to the care receiver, “We are having to work together more closely nowadays than we ever have before. Am I treating you the way you want to be treated?” Regard the answer seriously.

Beware of creeping bullying: No caregiver sets out to be the sort who pushes others around. But if he finds that applying pressure to the care receiver is the most efficient way of completing his many tasks, then he may slowly tend toward using sheer force. Caregiving isn’t about efficiency, however; it’s about caring. And nothing could be less caring than bending people to one’s will. We need to be aware of the excesses of our own styles and never convince ourselves that the ends justify the means.

“Mini-Strokes” Can Have Mega Health Effects
What is "elder law"?
How to Discuss Unsafe Driving with a Senior
Alzheimer's Myths
Medical emergencies: Are you prepared?
Taking AIM at Elder Mistreatment
How to pay for care
Choosing a home care provider