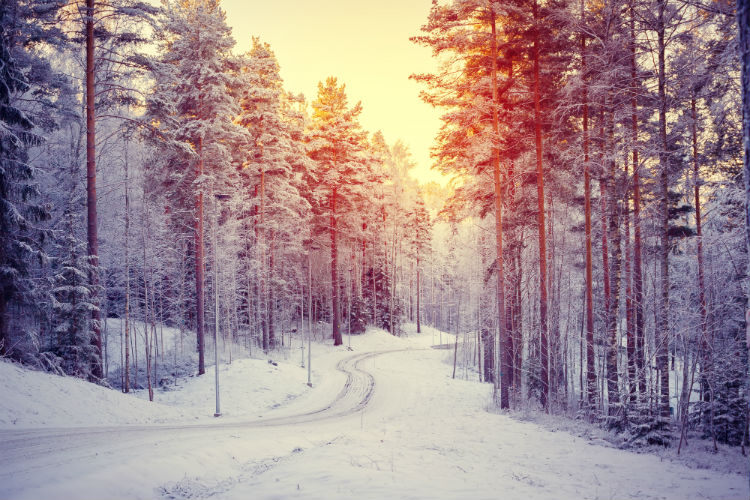 , and hypothermia are likely to top the list of caregiver concerns during the icy winter months. But, elderly loved ones are also at risk for some lesser known, but still impactful, hazards brought on by frigid weather.

Seasonal affective disorder and vitamin D deficiency can be hazardous to a senior’s health. The good new is, they are both easily treatable if identified and dealt with properly.

Feeling a bit glum may seem like an ordinary reaction to the fading glow of the holidays. But, when that feeling of sadness persists for more than a week or two, it might not be just the lack of festive lights and carols getting your elderly loved one down.

Seasonal Affective Disorder, also known by the acronym, SAD, is a form of depression that cycles with the seasons. It can occur during any time of the year, but it typically hits most people in the winter.

As the weather gradually gets colder and the days shorter, people affected by the winter-induced form of SAD will generally begin to feel the symptoms of depression, including; a loss of energy, an increased appetite and an enhanced feeling of lethargy and tiredness.

According to the National Institutes of Health, SAD is more likely to strike women and people who live in northern areas where the sun is not as strong or constant.

The main difference between SAD and general depression is that SAD only strikes during certain times of the year. The hormonal changes that lead to depressive symptoms in people with SAD are usually caused by a decline in the amount of daylight during the winter and fall.

These effects can be compounded if a person primarily stays indoors and doesn’t have the opportunity to venture out into the sun often.

Turning their Frown Upside Down

Like other forms of depression, SAD can be treated with antidepressant medications, which are most effective if started prior to the onset of symptoms each year.

Another form of treatment designed to alleviate the symptoms of SAD is light therapy.

Light therapy utilizes a piece of equipment called a ‘light box’—essentially a fluorescent lamp that gives off light similar to natural sunlight.

A good quality light box generally costs about $200 and most come with a filter that blocks UV rays so that the light does not to damage a person’s eyes or skin.

Research has shown that, when used properly, a light box can help decrease the amount of melatonin (a hormone that causes drowsiness and lethargy) circulating in a person’s body, and regulate the neurotransmitters serotonin and epinephrine. Having an imbalance of these chemicals can heighten the symptoms of depression.

If your loved one is diagnosed with SAD, their doctor may instruct them to sit in front of the box for 30 to 45 minutes a day, usually in the morning, in order to make up for the lack of sunlight most people experience during the winter.

Though it is not always the go-to treatment for SAD, some studies have shown that light therapy has the potential to be as effective as antidepressant medication when it comes to treating the disorder.

Of course, a more natural alternative to light therapy is daily exposure to sunlight. If time and weather conditions permit, it would be helpful for a person with SAD to go outside for a few minutes during daylight hours.

While frigid weather is likely to have little effect on that availability of the right foods and supplements, the sun is weaker and out for shorter periods of time in the winter, making it difficult for people to get enough exposure to produce vitamin D.

Lacking vitamin D is bad for a person’s health at any age, but can be particularly dangerous for the elderly. Older people who don’t get enough vitamin D have an increased risk for developing osteoporosis—a dangerous decrease in bone density that can contribute to broken bones.

Unfortunately for seniors, the National Institutes for Health has identified elderly people as an at-risk group for vitamin D deficiency.

Older people are less efficient at using sunlight to produce vitamin D, and are more likely to be housebound and unable to be exposed to enough sunlight to be beneficial. Also, certain medications taken by older people, such as the anti-inflammatory, prednisone, can inhibit their natural ability to produce and metabolize vitamin D.

Fortify Your Senior Against a D Deficit

Combating vitamin D deficiency in the elderly can be tricky.

Experts are loath to prescribe extra time in the sun to a group of people more prone to developing skin cancer and it can be tricky to determine how much supplementation to suggest.

Making sure a senior is eating foods fortified with vitamin D is the safest way to help reduce or prevent a deficit. Certain varieties of milk, yogurt and juice all contain extra doses of the vitamin, but not so much as to pose a hazard to an elderly person’s health.

If you are considering supplementation or extra time in the sun for your elderly loved one, consult with their doctor to come up with a proper plan of attack.

Alzheimer’s and Dementia Research: Five Things We Learned in 2019
Person-Centered Care at the Heart of Aging Life Care Managers® Work with Aging Adults
Exercise Benefits Those with Genetic Risk of Alzheimer’s Disease
Memory Slower? You’re Processing a Lifetime of Information!
Avoiding Deep-Vein Thrombosis While Traveling
Find out the status of your new Medicare card
Your Complete Guide to Medicare Open Enrollment
Getting the most from video chat